Colliers International have been appointed the exclusive selling agents for a new land release in the ACT and working with the Land Development Agency of the ACT to selling the 4000+ blocks of land.

The requirements for the website were to provide a site which is informational and enables users to register their interest to be informed when the first state “Wright” is released in the coming weeks. We’re currently working on the technology for the Wright site which will be launched later next month. 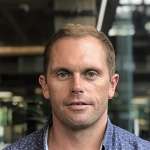 Founding and operating digital web services businesses, Ryan has a passion for technology and over 10 years experience delivering online services to the classifieds verticals in Australia, New Zealand and Asia.

Get industry insights sent to your inbox weekly

Share this ArticleLike this article? Email it to a friend!
Email sent!